This model essay is on the topic of the effect of technology on the kinds of relationships we form. It’s a 2-part, or IELTS direct question essay.  It is taken from Cambridge IELTS 8.

Nowadays the way many people interact with each other has changed because of technology.

In what ways has technology affected the types of relationships people make?

Has this become a positive or negative development? 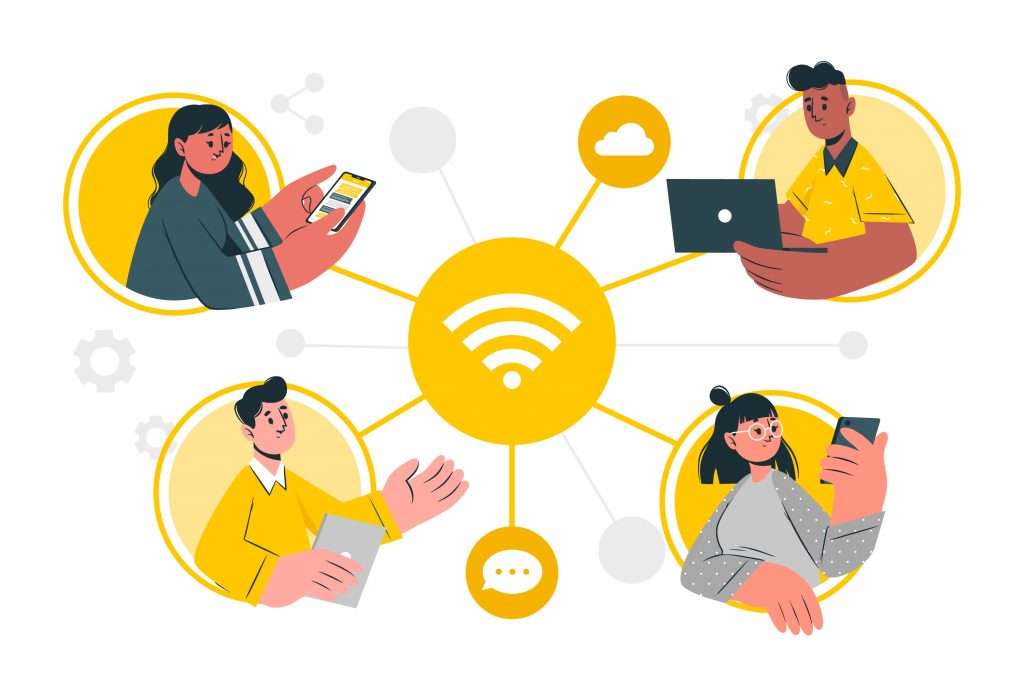 First, I will carefully plan the essay.

What is the topic about?

The topic is about how technology has changed the types of relationships people make.

The phrase “types of” is important – it is encouraging you to talk about connections between people, rather than just intimate relationships (e.g. boyfriend / girlfriend), i.e. about relationships in a general sense. I think you need to cover this aspect in order to get a Band 7 or higher.

What kind of technology has changed relationships? I suppose things like smartphone, the Internet and also apps on phones and computers.

What is the topic NOT about?

The task is NOT about how technology has changed communication (although this will probably come into your discussion). It’s about how it has changed relationships.

How should I respond?

My task is to answer the 2 questions, so I need to:

How has technology (computers, phones, apps) affected relationships? Is this good or bad?

So what do I think? What are my answers to these 2 questions? What are my main ideas? This should just be a quick step, but you will probably start to expand your ideas in this step.

How has technology affected relationships?

Is this positive or negative?

Now I need to expand or develop my ideas. This is crucial if you are aiming for a Band 7 or higher in IELTS Writing Task 2.

How has technology affected relationships?

Is this positive or negative?

So that’s my plan. It’s quite detailed…which means that when I write I can focus on my language, not my ideas.

Technology has changed the kinds of relationships people make between each other in significant ways over the last twenty years. This essay will consider two of these changes and whether or not these have had positive repercussions.

One of the major impacts of technology is that it has enabled us to easily stay in touch with friends and family on the other side of the world. Thirty years ago, if you wanted to communicate with a friend or relative, you would either have written a letter (which could have taken weeks to arrive) or made an expensive international phone call. Today, we can simply send a text message on WhatsApp or call them on Zoom. These technologies are either free or low-cost, and instantaneous. So it makes maintaining relationships over a long distance much easier.

Another big change is that social media has made it possible for us to build a relationship with thousands and sometimes millions of people. Some people on TikTok, for example, have quickly built an audience of millions and most people on Facebook have hundreds of friends at least. This kind of audience-style relationship was rare before the advent of social media.

I think that in general, these changes have been positive. It is now easy to maintain and build relationships with relatives, friends and work colleagues that you may previously have lost contact with. And it’s also possible to build a wider social network of people which you can tap into for advice and support. Access to this pool of social capital was almost impossible in the past.

However, it is also true that many of these relationships, especially those on social media, can be fleeting and tenuous. Is a Facebook “friend” really a friend or just a passing acquaintance? It’s therefore important that people don’t allow such relationships to displace close, nurturing friendships.

On the whole though, technology’s affect on our ability to stay in touch with people all over the world and to access a wider range of people has been positive.